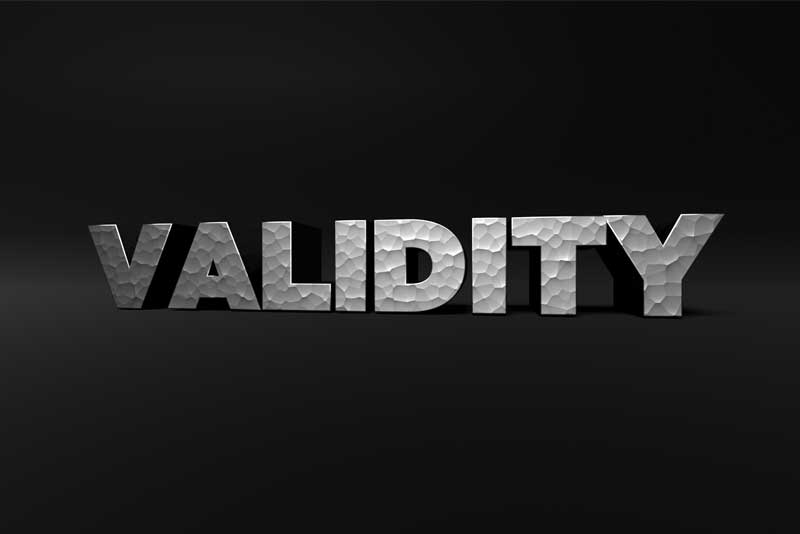 When people talk about psychological tests, they often ask whether the test is valid or not. What exactly does this mean? What does it mean for a test to have validity?

Answer: Validity is the extent to which a test measures what it claims to measure. It is vital for a test to be valid in order for the results to be accurately applied and interpreted.

A test’s validity isn’t determined by a single statistic, but by a body of research that demonstrates the relationship between the test and the behavior it is intended to measure. There are three approaches to generating evidence of validity.

Content validity is the extent to which a tool or measure assesses all critical facets of a job (tasks, duties, and required knowledge, skills, and abilities) – not just some.  For example, a test to be a pilot should measure a person’s ability to takeoff, fly, and land an airplane (all necessary for a successful pilot), not just whether the person can fly an airplane.

Face validity is often considered a subcategory of content validity.  Face validity is the extent to which a test looks like it is measuring what it purports to measure. While high face validity may seem advantageous from a user acceptance perspective, lower face validity offers greater accuracy in predicting work behaviors due to the test-takers’ inability to manipulate results (e.g., answering questions in a way they think would be more favorable).

A test is said to have criterion-related validity when it has demonstrated its effectiveness in predicting a criterion such as success in a role measured by quota attainment.

There are two different types:

– Concurrent: Occurs when the criterion measures are obtained at the same time as the test scores. This indicates the extent to which the test scores accurately estimate an individual’s current state with regard to the criterion. For example, on a test that measures levels of depression, the test would be said to have concurrent validity if it measured the current levels of depression experienced by the test taker.

– Predictive: Occurs when the criterion measures are obtained at a time after the test. Examples of test with predictive validity are career or aptitude tests, which are helpful in determining who is likely to succeed or fail in certain subjects or occupations.

A test has construct validity if it demonstrates an association between the test scores and the prediction of a theoretical trait. For example, in the case of intelligence tests, if a test is suggested to be an intelligence test but it is a simple vocabulary test, is the assessment measuring a person’s mental capacity, or is it simply measuring a person’s exposure to the words on the test?

The Chally Assessment was designed by taking a criterion-related approach to predict job success. It focuses on the competencies, behaviors, and temperaments that predict actual job behavior. As a result, the Chally Assessment consistently has greater predictive power than existing “off-the-shelf” published personality measures. To learn more, download our whitepaper “The Problem with Personality Tests“.