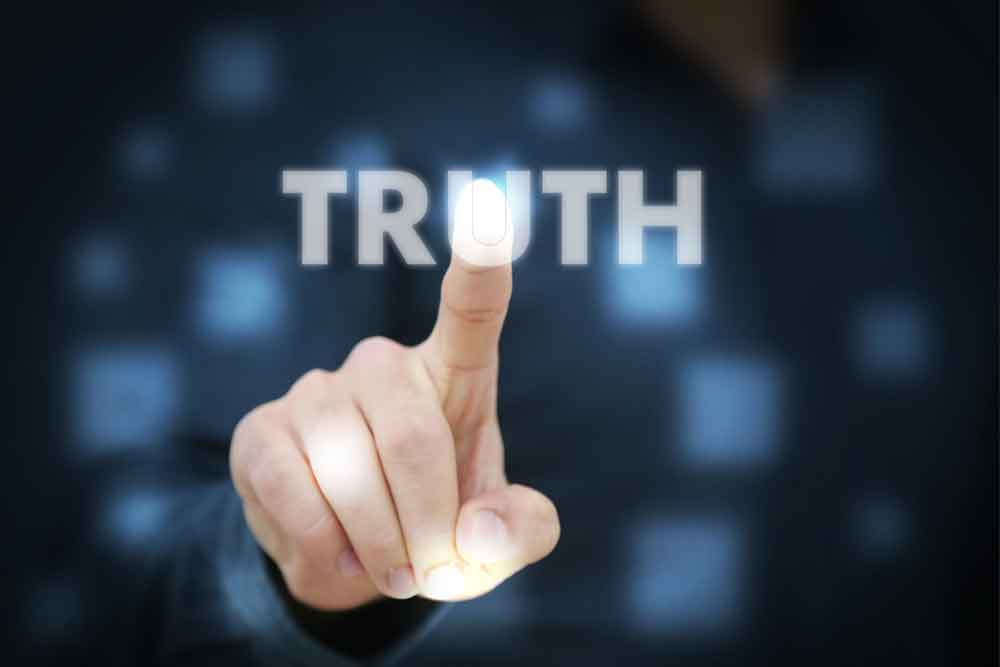 Can You Handle the Sales Pipeline Truth?

I may be showing my generation in my movie reference to “A Few Good Men,” but the infamous line Jack Nicholson delivers in the middle of his diatribe to Tom Cruise is legendary.

The question, “Can you handle the truth?” isn’t only an existential exercise but also a practical one when it comes to sales pipeline reviews with your sales team.

Most of the sales managers I work with complain about the lack of truth and transparency they hear during sales pipeline reviews. They share euphemisms such as, “fidelity of the pipeline,” a term obviously invented by a private equity firm or a finance professor. These phrases only describe the lack of accuracy of the numbers concerning opportunities to the reality of the revenue. They exude a level of emotional detachment most sales managers fail to have when it comes to this topic.

After all, we know who ends up called out on the carpet when the numbers are missed—sales managers.

The most important skills for a sales manager: Having a clear understanding of the numbers and knowing how to motivate their sales team to make the numbers.

Working with a client this week, a large, global medical device organization that’s amidst a sales transformation. We’re engaged in a project to design their future sales roles. As we were talking about their salesperson of the future would look like, she asked me an eyebrow-raising question, “Can you help me know who will lie to me?”

Let’s pause right there. She knows someone is going to stretch the truth about deals in the sales pipeline, and she wants to identify these “overly optimistic” salespeople in advance.

My business is predictive analytics, so it’s a fair question. Curious, I prodded a little. People only worry about being hearing lies if they have a specific circumstance in mind.

As I explored the question with her, she said, “I’ve sliced my pipeline six ways to Sunday, and no matter what I do I still don’t really know what’s in my pipeline. My sales people lie to me, but it is not the kind of lies you can catch. They’re lies about whether the opportunity is going to close and by when. It makes me crazy, but I don’t know what to do about it.”

As she talked, I heard the frustration in her voice. She was trying to get to the truth; yet, it seems she’s yet to hear what she needs to manage her business.

Those of us in sales effectiveness make it seem so simple. Sales reps go out; they find people who want to buy their products or services. They scope that opportunity. They enter data into a CRM tool. Sales managers look at the entries by rep and by the sales team, and then they have team meetings to determine which opportunity is most likely to turn into actual revenue rather than just a concept represented visually on a CRM page.

If it sounds so simple: why is it so hard to do?

Here are four things to consider that might make your next sales pipeline review meeting easier — and more accurate:

1. People don’t want to disappoint particularly those in authority who control their paychecks.

I don’t know about you, but I don’t wake up in the morning and say, “Who can I disappoint today?” Sales is a game of being able to manage disappointments. Some call it rejection, but rejection is a subset of the frustrations a seller lives on a daily basis. No one wants to close deals more than a salesperson—no one. Consider the sheer act of you asking about something that’s NOT going to happen is an opportunity to disappoint.

2. Don’t assume everyone has the habit of admitting their limitations.

Some characters represent those who overshare the good, bad, and the ugly of their circumstances. While we can laugh, but all of us #overshare now and again. Rarely, do we consider that admitting limitations is a learned behavior. Be the change you want to see. You don’t have to overshare necessarily; rather, tell your sellers about things that are not working or not working as well as you would like regarding your own performance. This demonstrates the habit of willingness to admit your own limitation making it safe for them to do so as well.

3. Sales managers were once good salespeople—but so what?

Chances are if you’re a sales manager today, you were a top seller. And as a top seller, you probably had a clear handle on what deals were most likely to close. Today, however, you may be making the mistake of assuming others are like you when they’re not. The pathway to sales management in most organizations is success as an individual sales rep. Whether biased more towards being a hunter or a farmer, typically how you land in the sales management office is by selling more than your colleagues.

The criteria for being an effective seller isn’t necessarily a transferable skill for being an effective sales manager. The sales manager must achieve desired results from the sales team through deal strategizing, coaching, and leadership rather than through individual contribution. Part of that success is understanding about how to coach your seller to close a sale.

4. Look at the individual, not the aggregate.

Aggregated sales pipelines are useful when presenting to investors about whether they’re going to get their money or not. They’re not useful in knowing when an individual deal will close. Instead, look to the strengths and track record of the individual sales rep. How many deals have they closed compared with the deals they planned to close?

The problem may not be that we can’t handle the truth, or that the truth will hurt. Instead, consider that the truth is relative. If a sales rep truly believes they’re going to close a deal, we can only take that as truth. The only way to understand otherwise is to peel back the layers and look at an individual’s track record, their strengths, and their personality.

Subscribe to our blog to receive all the latest blog posts.