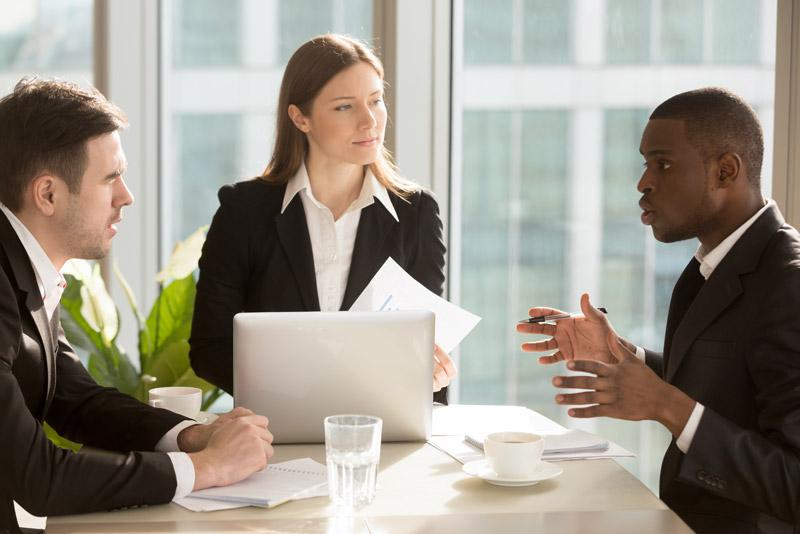 Always Be Closing … With the Right Sales Competencies

There has been a great deal of research and discussion in the field of Industrial/Organizational Psychology on the topic of broad versus narrow traits in predicting outcomes. At GrowthPlay, our research has concluded that broad traits measured by instruments such as Big-5 personality, the 16PF or Myers Briggs can be useful for general self-awareness, team-building activities, and leader development. But broad characteristics like Extroversion and Ambition tell us surprisingly little about whether the person will excel in the sales competencies required to perform his or her job. It is more specific facets of behaviors that predict the outcomes that are truly important in employee selection and development efforts.

We have all run into the stereotypical salesperson who talks incessantly and refuses to take “no” for an answer – the image of a larger-than-life man smoking a cigar and slapping someone on the back while closing a deal comes to my mind. But in reality, this over-the-top behavior only results in closing deals in television and movies. And simply being an extrovert and talking ignores the one thing that makes most salespeople effective – listening to their customer instead of talking to them.

In the 1992 movie Glengarry Glenn Ross, Alec Baldwin’s character (Blake) professes to others the ABCs of sales “A-Always, B-Be, C-Closing.  Always be closing!” What is closing? It is the art of sealing a deal. And, much like the myth that the best salesperson is the best sales manager, a good salesperson who sells auto-parts cannot necessarily be a good systems salesperson in a territory. Thus, the types of sales competencies necessary to close differ considerably.

Just as extroversion is too broad a trait to predict sales success, a single sales competency for closing is too general to predict outcomes. GrowthPlay’s Chally Assessment measures aptitude for five different types of closing. Here are two examples:

CLOSES THROUGH EMOTIONAL APPEAL – This sales competency is about building a prospect’s enthusiasm to the point they are fearful of missing the unique benefits if they fail to act.

The example of a car salesman comes to mind here. Recently, I took my car in for service and was approached by one of these guys who told me I should get out of my 10-year old car and into a new one because they had the deal of a lifetime and if I did not take advantage of it then I would be crazy. “We will never offer this again, and you could pay 10% less than dealer inventory!” He almost got me, too. If it hadn’t been for his failure to Qualify Prospects by Assessing Interest Level (another Chally Assessment sales competency) then I might be driving a new ride today.

CLOSES THROUGH INCREMENTAL STEPS – This sales competency involves breaking the sales cycle into increments and gaining commitment to each component leading up to closing the sale.

I was on a sales call some years ago with a fellow who was the master of closing. We had a confirmed appointment with a sizeable pharmaceutical company for a major salesperson selection project, and John was the lead in the sales effort. He went in, asked probing questions, understood their needs, and then began to educate the client, not sell them. John went on to describe the benefits of using our service and made sure that everyone in the room understood how the system was going to solve problems. In hindsight, I understand that he was slowly gaining the client’s commitment to us, the products and services we offered, and how it would fit into their needs. In the end, the client began telling us why they needed to use our system.